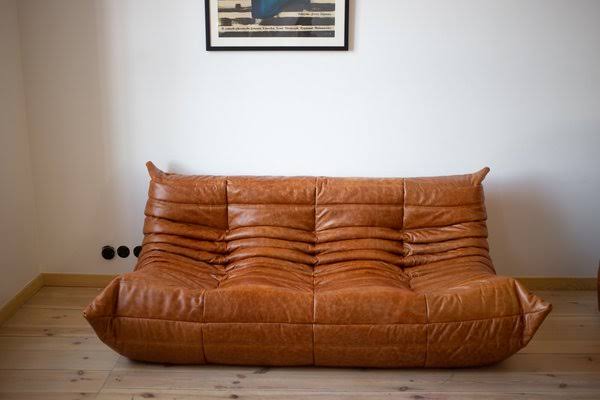 The togo couch is a chair that started as a simple idea, but today, it has traveled countries and reached the highest points. At the initial stages, the Togo couch was a different idea in the carpentry and couch industry. This couch was close to the floor in a fashion that was not the most attractive or convenient.

However, it gave room for convenience and no one knew this is what everyone wanted to have. The brand has retained its authenticity since inception with only the leather materials used on it changing. The design and every other item remains intact. The remainder of this article will examine the history and how the Togo couch has evolved over the years.

When was the Togo couch invented and who made it?

The Togo couch’s first launch was in 1973 when creator Michel Ducaroy based in Lyon made it. Michel was the creator, but the Togo couch was first registered under Ligne Roset, a furniture publisher at the time. In 2023, Togo couch will be fifty years old, and it still remains one of the most sought after furniture. Michel Ducaroy died in 2009 after living 84 years. The togo chair has a bit of a curve that tempts you to almost lay down into the chair completely, a temptation that you will eventually succumb to. Togo couch was one of the products used to launch the ligne roset brand in the same year.

What has been the journey?

According to Michel Roset, the current creative director of the Togo couch, nothing much has changed since its launch. Unlike most creations in the 1970s the Togo couch didn’t try to change the design or anything. The only changes you can notice in a Togo chair are the foam due to the rise of better foam producing brands. The comfort, shape, and design process of the brand has remained the same.

Why should you buy Togo couch

The first reason anyone will buy a Togo couch is comfort. You may have second doubts when you first see the couch, but sitting on it is one of the best experiences you will ever have. It is close to the floor, yes, but it offers a different sitting style. The curve there is different from the conventional chair that has a sit and back rest. This time, the Togo couch has a curved back to give you the stretch that you never knew your body needed.

Togo couch is different and unique, and will sure catch the attention of anyone when you get there. The couch has a different curve, and if you choose a leather color that matches the office design, it may seem like an aesthetic addition to the environment. Visitors will be surprised to see anyone sit on the couch.

Togo couch is a brand that has existed for five decades, showing its strength and consistency. This brand hasn’t changed its major design and look, making it a trademark chair type. The brand has gotten to the highest of locations in power, and having it just redefines you as a person of class and power. The consistency of the brand is one that will leave people in awe.

A lot of single chairs or even double chairs will struggle to take two to three people. However, depending on the size of the Togo chair, you can accommodate as many people as you wish. This chair has enough room for people to comfortably enjoy.

Bringing a new design is a risky activity, especially in an industry like the couch market. However, not only did the Togo couch bring a new idea, they have also stayed true to the design and this resilience still makes the brand relevant almost five decades after. It has this way of attracting every and any person, racking up sales.

Why Togo Couches are Costly & How to Clean

Jule - May 12, 2022 0
As humans, there's an innate desire to save money. However, since the concept of money was introduced, there have only been people who either...

Pressure Washer: The Good, the Bad, and the Ugly

Jule - December 6, 2021 0
There are a lot of good things to say about pressure washers. They can be a great way to clean your driveway, or patio....

Jule - February 27, 2022 0
Pressure washers are a great way to clean your driveway, patio, and sidewalk. They help you get rid of dirt and grime faster than...

Best Upgrades for Your Rabbit’s Hutch

Jule - June 21, 2022 0
Rabbits are very playful creatures. They love to play with their toys, run around and exercise. If you want your rabbit to be healthy,...

Why Togo Couches are Costly & How to Clean

Should You Use a Pump on Your Pressure Washer?